Renovating or remodeling? SIPs may be a worthwhile consideration.

One often hears stories of beautiful, energy efficient new construction using Structural Insulated Panels (SIPs). It’s not unusual to see new SIP structures springing up quickly throughout the country. But SIPs can add value as an effective component of remodel and renovations of existing structures.According to a study by the Joint Center for Housing Studies at Harvard University, Americans were expected to spend almost $340 billion to upgrade their homes in 2018. IBISWorld data supports that over the five years prior to 2019, the remodeling industry has grown as economic factors have resulted in a 4.7% increase in consumers’ home improvement spending. The projects are happening and there are several sound reasons for utilizing SIPs when remodeling and renovating.

Preserving the Past
While many vestiges of the past are being razed in favor of new construction, there are many proponents of preserving such structures.  The remains of an old Minnesota barn were used as the 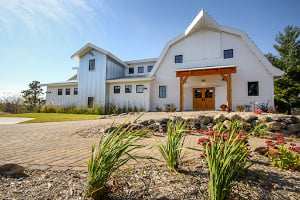 basis for a beautiful new event space at Gathered Oaks. This award-winning project was both a renovation and an addition. The existing barn (which as about five years from collapse) was squared up, reinforced with timbers and insulated with spray foam. Ten-inch SIP nail base was put onto the outer roof before building the 45’ x 50’ timber frame addition with a loft. SIPs made for an easy fit over the existing barn roof since the panels were pre-cut to fit the angles and barn design.

The SIP construction made the venue more comfortable, quieter and stronger — an ideal setting for weddings, family and corporate gatherings and celebrations of all kinds. This renovation, like many others, saved the existing barn — a relic from the past — from certain destruction.

Another notable renovation of an historical building is in Watertown, South Dakota. The Goss Opera House, a cornerstone of the Downtown area with hundreds of frontage on two main thoroughfares, is currently undergoing major repairs and upgrades. Renovations were started in 2008 and the building was in operation for several years. However, the structure was left empty in 2018 due to requiring major repairs. On Dec. 31, 2018, the newly formed Friends of the Goss (FOG), purchased the building with the intent of bringing the Goss to life once again and have it remain a hub of community activity for decades to come.

“Our number one goal is the sustainability of the building. We don’t want it to ever close again,” said FOG Executive Director, Missy Sinner.

SIPs provided an ideal solution to the mammoth project of repairing the roof of the 110-year-old building. The structure and strength panels provide lent themselves perfectly to the spans of the flat roof and the methods employed by Hasslen Construction.

Quick Construction
When owners of the Gunflint Tavern wanted to expand their business with a second story addition, SIPs were a perfect fit. The landmark in downtown Grand Marais, Minnesota, was able to remain open during the entire project which was completed in 2016.

“We just added another story on top of the existing building,” contractor Kerry Boen of Highmark Enterprises said. “We started February 1st and finished in five months.”

The tavern’s rooftop bar wasn’t operational during that time (If you’ve experienced a Northern Minnesota winter, you’d understand why this wasn’t much of a concern!), but the main floor was able to operate at full capacity throughout the project’s progress.

Boen and his crew used SIPs wall, floor and roof panels to complete the new space. Being an experienced group, they only encountered a few of what Boen referred to as “the standard construction problems” found in most remodeling jobs.

Time was a deciding factor for the property owners of Gathered Oaks as well. Events were scheduled for the summer, and they needed to fast-track the construction process. They opened in time to host their first event in June 2017 and have been busy since.

The ease and speed of assembling the panels made SIPs ideal for the Goss roof as well. The crew must open the roof of the building — exposing it to the elements — in order to reinforce structural components. Since one never knows what Mother Nature may throw at them, being able to close it back up quickly was paramount. After each work session, the crew covers the open portion with a temporary cover to keep rain at bay. Once the work is completed, the permanent SIPs will be installed.

“They’ll do the roof work, then just drop those panels in and close it up,” Sinner said.

SIPs panels will be installed section by section as they work through the process of repairing the roof, with the goal of having it dried in again by fall 2019.

Energy Efficiency
Eric Mack’s family had simply outgrown their 1800-square-foot house. An addition to their split-foyer home in Velva, North Dakota was the answer.

“It was the best thing we ever did,” Mack said of the project which added about 2,000 square feet to the house.

Mack and his then-teenage children did the bulk of the work on the addition, which made the house an L-shape that sheltered their existing deck. That, Mack said, has been an unexpected bonus as that outdoor space is now more usable — the home sits atop a hill where the average wind speed is 17 miles per hour.

Their original home was a poorly insulated spec house. Heating the enlarged home, now more than double its original size, has proven energy efficient and easy.

“The furnace guy thought we’d need a new one and we didn’t. We just ran duct work from the old furnace into the addition,” Mack said. “The heat bill hardly went up after we added on. We can tell things are a lot tighter and we’ve been really happy with it.”

Mack installed in-floor heat in the new great room addition, but said they rarely turn it on as the house stays so warm.

Energy costs were a major concern for the Goss renovations as well. The roof of the 1896 building had no insulation in it. In the photo at right, the portion over the stage has been opened.

“We were just shooting energy out the roof. The Enercept panels were an amazing solution that was cost effective and fast,” Sinner said.

Utility bills were extremely high. The FOG expects to see much lower energy costs after the roof repair. (An energy audit will be conducted, so watch for more details on that and the entire project in future posts!)

Whether you’re meeting the needs of an expanding family or business or keeping a historical structure alive, SIPs are an efficient, economical and energy-wise solution.

The Process of Custom Design in Five Easy Steps 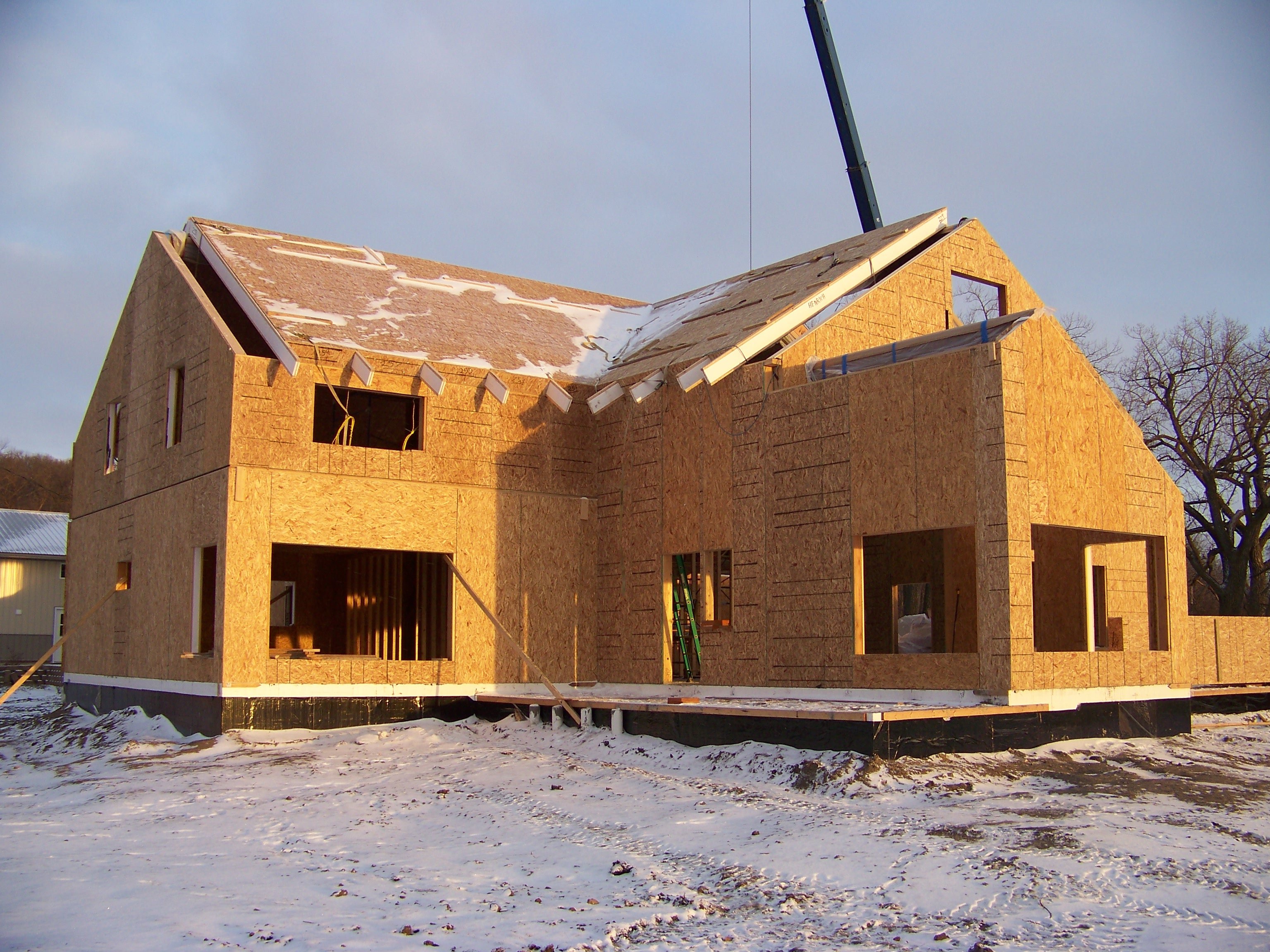