Enercept worked with the National Science Foundation in manufacturing the structural insulated panels (SIPs) for the National Science Station (Amundsen-Scott South Pole Station) and the Degree Angular Scale Interferometer (D.A.S.I. Satellite).  Both are located on the southernmost point of the Earth. 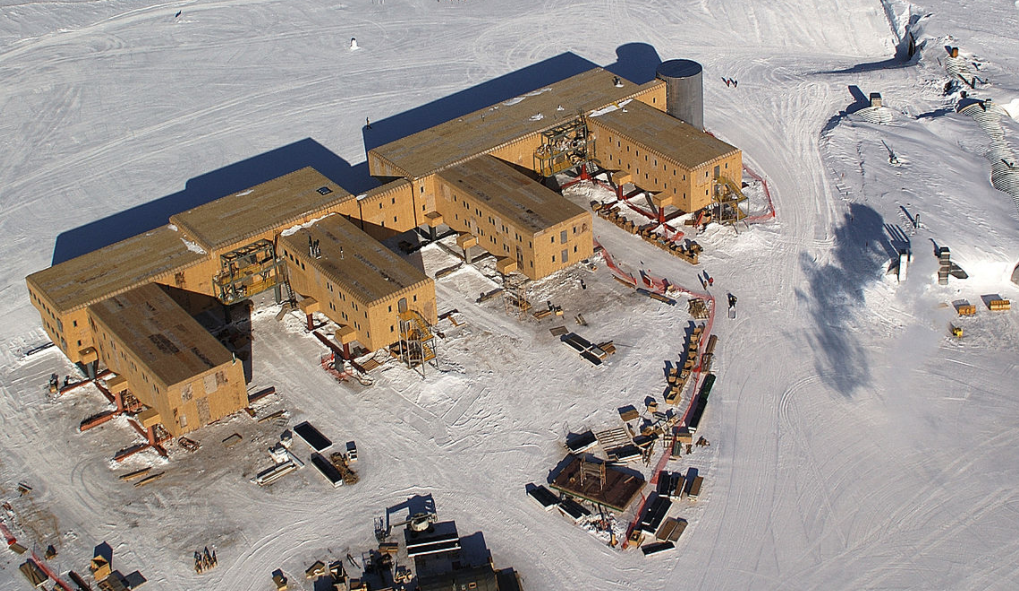 There are few places on Earth more inhospitable to sustaining human life than the South Pole. In 2008, the National Science Foundation (NSF) established a new research station in the heart of Antarctica, naming it after the two explorers who first stepped onto the mile-thick mass of ice and snow; Roald Amundsen and Robert F. Scott. 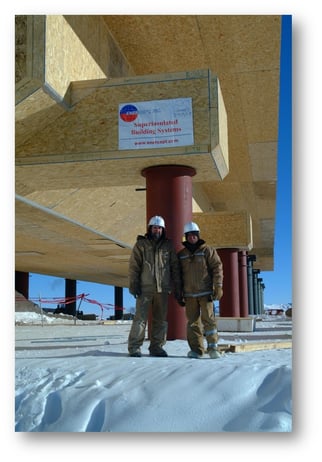 With the capacity to house up to 100 people, the National Science Station is a marvel of building innovation, aerodynamically designed, and positioned above the ice to allow blowing snow the space to drift underneath. In addition, the entire station can be hydraulically elevated to help extend the building’s lifespan.

South Dakota-based SIPA member company Enercept worked alongside the contractor in the manufacture of the SIPs for the project; providing the design greater R-value (R50+ for the walls and R-70+ for the roof panels) and superior strength when compared to standard framing methods. Enercept also worked with the builder in the construction of its Degree Angular Scale Interferometer (DASI Satellite) at the Pole. For both the station and DASI, the use of SIPs gave the project a material that was system built, generated less waste, and – most importantly – offered the builder a greater speed of construction.

“The building season is limited in this climate due to lack of sunlight and temperatures where you just are not able to work,” says Neal Mack, Senior Regional Sales Manager at Enercept. “Summer temperatures might reach zero degrees Fahrenheit and the building site is located at over 10,000 feet elevation. This made carpentry work nearly impossible even on a good day because you’re struggling to breathe in the thin air and are simply trying not to freeze to death.”

Understandably, there are many challenges to building in an environment this extreme and, prior to this project, no SIPs products had ever been tested against these kinds of harsh climate conditions. The largest challenge came in the design and fabrication of the materials for the chamfered upper and lower areas of the structures that were to allow air flow to continue past the structure and limit snow drifts from forming around the structure. Enercept also needed to collaborate closely with project stakeholders throughout the design and building process to help ensure success.

“Building materials do not have a ‘significant track record’ of use in these type of extreme exposures,” says Mack. “So, our SIPs were incorporated into the project through a combined effort of the client, builder, architects and engineers to ensure that the building met the needs of the client and would work given the extreme climate and the building location.”

Want to learn more about fun projects Enercept is working on. Join our E-Newsletter and let us know 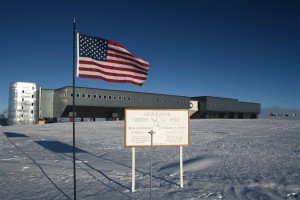 Here the summer temperatures average minus 20 degrees Fahrenheit.  Why did they build this 60,000 sq. ft. building with Enercept SIPs? For the superior insulating qualities and because a quick construction cycle was critical to this building project. A key feature in this building is that it can be lifted over time to avoid being buried in the drifting snow.

The Degree Angular Scale Interferometer is 13 tiny telescopes working together to produce detailed images that help determine the universe's overall geometry and composition.  The dish that protects these telescopes and the Martin A. Pomerantz Observatory (the building that is connected to the dish tower are Enercept SIPs.  D.A.S.I. is funded by the National Science Foundation. 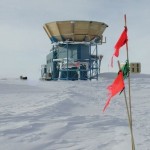 At the South Pole, the surface of the ice sheet is more thank two kilometers above sea level, where the air is much thinner and colder. Antarctica is, on average, the highest continent on the Earth. Conversely, the floating ice surface at the North Pole is only a foot or so above sea level. The Arctic Ocean at the North Pole acts as a heat reservoir; it warms the cold atmosphere above it in the winter and draws heat from the atmosphere in the summer.

For more information about the Amundsen-Scott South Pole Station and the work being done there visit their website:
The National Science Foundation